The War on Pop – The Devil made me do it

by dpelser on February 28, 2016 in Uncategorized

During the 1980s a war was waged on pop and rock music in South Africa.

A report that was compiled by the General Synod of the NG Church found that music by Deep Purple, Black Sabbath, Queen and Kiss were examples of Satanistic music.

But the main person involved in taking on the evils of rock music and alerting school children to its dangers was Dr Rodney Seale. Dr Seale criss-crossed South Africa lecturing school children about the risks of listening to rock music, which according to him could influence those listening to it to turn to homosexuality, pornography, violence, promiscuity and satanism.

The first time I came into contact with Dr Seale’s beliefs was when my 8 year old cousin told me that Joan Armatrading’s song, Drop the Pilot, was a call to arms to children to stop worshipping God and to worship the devil instead. I remember being quite annoyed by my cousin’s impertinence, but could understand how Dr Seale’s interpretation of the lyrics would make perfect sense to an eight-year-old.

Stuart then went on to tell me that the rock band KISS’s name was actually an acronym for Kids in Satan’s Service. Slowly but surely the kid went through my entire record collection and was able to link most of the artists that I admired to satanism, or drugs or sex or all of these things.

I wasn’t surprised by some of the bands that Dr Seale condemned, I sort of expected that AC/DC, Black Sabbath and Iron Maiden would be on his list, but I was quite surprised to hear that even Olvia Newton-John was a big no-no.

Newton-John’s sin was that her song “Physical” with its suggestive lines (Let’s get physical, physical;I wanna hear your body talk) was one of the reasons that (Dr Seale’s stats) one out of every three 13 to 15 year olds and six out of ten of all 16-18 year olds were sexually active.

I was blown away, I grabbed my cousin’s copy of Dr Seale’s book to see what other artists were dangerous and were about to lead me down the pathway to satanism.

Bette Midler? Placed dagga joints as a “surprise” under every chair in a theatre that accommodated 1 800 people. Hell, it seemed like a good idea to me. Clearly Dr Seale did not approve.

Patti Smith? Nope, her lyrics celebrated lesbianism. Patti did a cover version of the song Gloria. Dr Seale was not amused.

The Eagles? No way, They were clearly devil worshippers-what else could they be with titles like “Take the Devil”, “Witchy Woman”, “Good Day in Hell”, “Journey of the Sorcerer”. Case closed.

I realised I was in a real predicament when even Shaun Cassidy and John Denver were on Dr Seale’s “naughty list”.

Shaun Cassidy? DUH. His fans threw their underwear at him, and he moved his hips like Elvis.

John Denver? According to Dr Seale he was part of a secular religion that believed that they were gods and controlled the universe. Sounds a bit like a famous actor whose name I daren’t mention on this blog for fear of attracting a lawsuit. 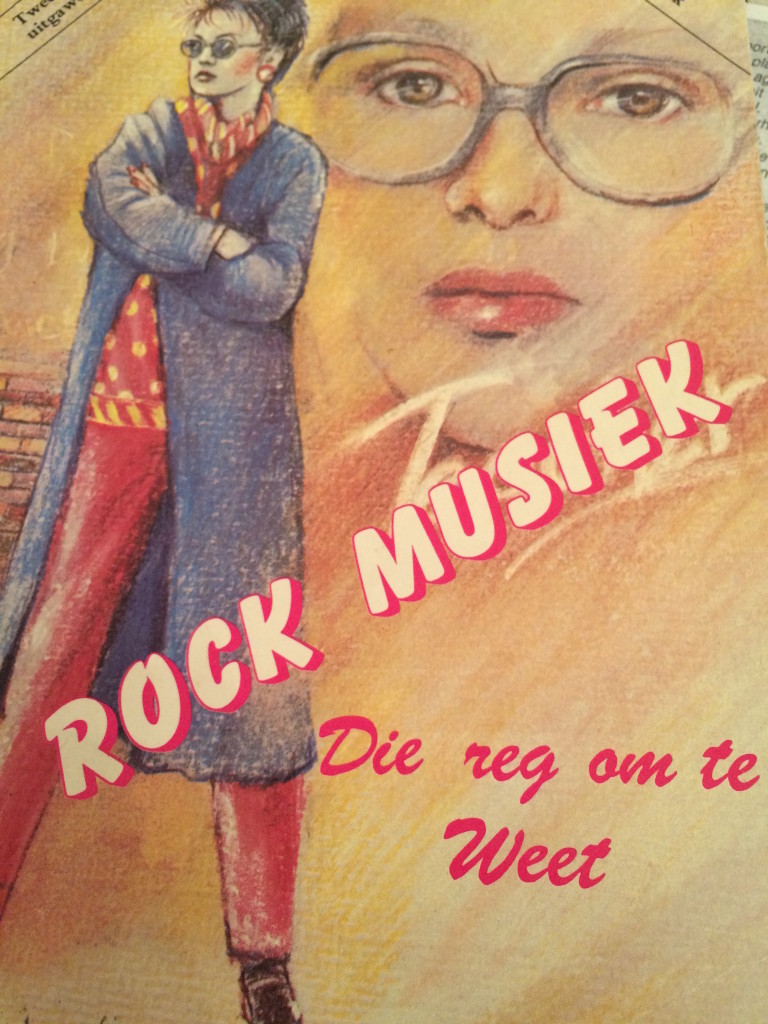 According to Dr Seale, one of the techniques used by rock musicians to influence the youth was “back masking”, which entailed recording messages in the songs that could only be heard when the song was played backwards. This was a fairly easy thing to accomplish in the days of records and turntables, however rock musicians must be relying on different techniques these days as it must be quite hard, technically to play a MP3 backwards. Not to mention a CD (for those who remember them).

I can say that I duly taped Queen’s “Another one bites the dust” and played it backwards in an attempt to hear the hidden message which purportedly was “I want to smoke marijuana”. I could never hear the backwards message and in the end, decided that you probably had to smoke dagga to be able to hear it.

I wasn’t alone though because, in one lecture, Dr Seale repeatedly played the chorus of the song, Slang by the Kêrels to try to illustrate a hidden message. An audience member however noted that he could not hear anything except a “geraas” (sorry Gary Herselman).

In his lectures, Dr Seale maintained that there were five major themes in rock music. These were sexual perversity, drug abuse, rebellion, false religion and satanism. Dr Seale said that 79 percent of teenagers who listened to rock music used cannabis.

Apart from Dr Seale, the SABC also played its part in trying to protect South African listeners from the dangers of rock and pop music. But so zealous were they in trying to protect us that even Bach was banned because the Modern Jazz Quartet’s rendition of Air on a G-string was thought to be about underwear!

Sources for this post are my memory, Dr Seale’s book and an article by Martie Swanepoel that appeared in Sarie Magazine.

← You are being monitored – Khaki Monitor
A Leopard does not change its spots. →