Gary Herselman first heard Kerkorrel sing when he attended a concert at the Black Sun Theatre. Herselman realized whilst listening to the lyrics of the songs that Kerkorrel and Kombuis were performing that the two musicians were onto “something huge”. Herselman felt strongly that what the two musicians were doing was going to have massive repercussions. Little did he know that he too, was going to be play a major part in the impact that the musicians had on South African society.

Herselman’s father was a lay preacher and instilled Christian values at home. His father made Herselman aware from a very young age about the inequities that existed in South Africa.

When he was eleven years old, Herselman bought himself a guitar for R15. As a teenager he started playing in a band with some school friends. In addition to the guitar, Herselman taught himself to play the piano, drums and bass guitar. Because he was able to play a range of instruments, he was in demand and performed in many different bands. The bands played mainly cover versions of popular songs, but because he found it difficult to sing songs that had been composed by other people, Herselman started to write his own songs. In order to find an outlet to perform his own songs, Herselman formed a band, die Kêrels with a friend that he had known from primary school.

After die Kêrels broke up, Gary played drums in a band known as the Party Girls. Herselman was approached by Jannie van Tonder to audition for die Gereformeerde Blue Band. The audition was successful and Herselman was enlisted to play bass guitar for Kerkorrel’s band.

Herselman did not like that the music of the GBB was referred to as “boere-punk”. Herselman said of the label, “I’m comfortable with any label. If people put labels on music it doesn’t really annoy me. The only reason that I got upset about them calling our music boere-punk, was that at that stage the attitude of punk was about breaking things down. Our attitude was that we were in the middle of the state of emergency, and that while the situation was very difficult, it was going to get better. Our attitude was one of building things up”.

Like the others, Gary also took on an alias whilst he was playing in the GBB and he became known as “Piet Pers”. Gary liked to party hard and legend has it that one night on the Voëlvry tour, he turned into a dog. He even slept with a particularly vicious dog that belonged to people who had welcomed the band into their home one evening. It is said that after the tour, when the musicians were on their way back home to Johannesburg, the sight of the Hillbrow Tower in the distance exorcised the dog from Gary and he became human again.

After a decade-long battle with addiction which he eventually overcame, Gary released the album “rigtingbefok” to critical acclaim, in 2014. The album features collaborations between Gary and some of the top musicians in South Africa, including Francois van Coke and Arno Carstens. 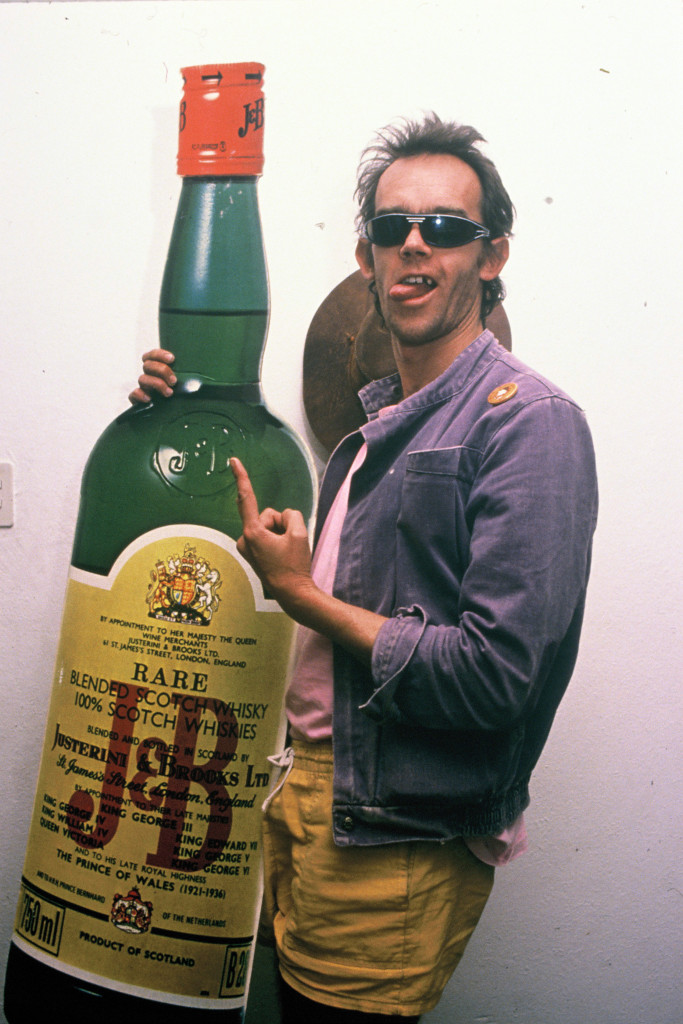