In November 1983 the implementation of a new constitution was approved after a whites-only referendum was held in South Africa.

Having received the tick of approval from two thirds of the white population, the Prime Minister P.W. Botha moved to implement the tricameral parliamentary system. However, in elections that were held in 1984 the new constitution was unequivocally rejected by coloured and Indian voters who boycotted the elections.

Whilst the Nationalist government worked towards implementing the new dispensation, the black population organised itself politically and the United Democratic Front (UDF) was formed. The UDF consisted of an alliance of various church, workers’ and students’ organisations whose aim it was to oppose the Botha reforms.

The attempt by the minority government to “divide and conquer” backfired as the UDF organised mass rallies in a sustained campaign against the new constitution. Instead of defusing black political aspirations, unsurprisingly the tricameral parliament inflamed the situation and boosted the involvement of blacks in oppositional activities.

In August 1984 the tricameral system was implemented and shortly thereafter the black townships erupted in violence. The violence and rioting was the worst that had ever been experienced in South Africa and brought the country to the brink of civil war.

Music played an important role in the liberation process. The launch of the UDF was followed by a sold out concert in which a band of jazz musicians came together and played under the name of the African Jazz Pioneers.

Rallies by the UDF were often characterised by bands sharing the stage with those who were delivering political speeches. As the situation in the country spiralled out of control, the music became more militant. Lyrics started to include the use of “Ak47” and to acknowledge the young militants who had left South Africa to be trained in guerrilla warfare. Hugh Masekela noted “because you can’t beat these people physically, you can scare […] them with the songs”. In particular, protestors began to use the toyi-toyi dance at demonstrations and when confronted by police.

The armed wing of the ANC, Umkhonto we Sizwe, took advantage of the anarchy in the townships by training groups known as the “comrades” on how to conduct a revolutionary struggle. The aim of the liberation movement was to make the townships “ungovernable”. The government on the other hand, supported vigilante groups against the “comrades”.

As the townships spiralled out of control, Botha was persuaded by reformists in his Cabinet to make an announcement that would indicate that he was committed to abolishing apartheid. The press came to hear about Botha’s intention and the air of expectation reached fever pitch as the date for the much-anticipated speech, which he planned to deliver at the Natal Congress of the National party on the 15th August 1985, drew near.   Media speculation went into overdrive with Time magazine predicting that Botha was going to make “the most important statement since Dutch settlers arrived at the Cape of Good Hope 300 years ago”.

The anticipation was palpable on the night of the speech, with many South Africans expecting a major announcement. Botha however failed to deliver and instead, as has been pointed out by Allister Sparks, “he put on a display of finger-wagging belligerence”.

Rather than using the moment to capitalise on the enormous goodwill with which the world had anticipated his speech, Botha put on display the worst parts of his pugnacious personality.

Clearly not impressed by the finger wagging to which South Africans had been subjected for years, international financiers acted quickly. Chase Manhattan Bank called in its loans and other banks quickly followed this action. South Africa at that time had foreign debts that totalled $16.5 billion which were largely made up of short-term loans. As a result of the action by the banks the Rand currency plunged and the government was forced to implement foreign-exchange controls.

It was against this backdrop of economic meltdown and increasing violence in the townships that Botha was forced to declare a state of emergency during 1985 and order 35 000 SANDF troops into the townships in an attempt to quell the rebellion.

An opinion poll conducted at this time found that seventy percent of blacks and thirty percent of whites believed that South Africa was heading towards a civil war.

It was in this cauldron that a group of young Afrikaner musicians started to make music that would help to change the situation in South Africa forever. 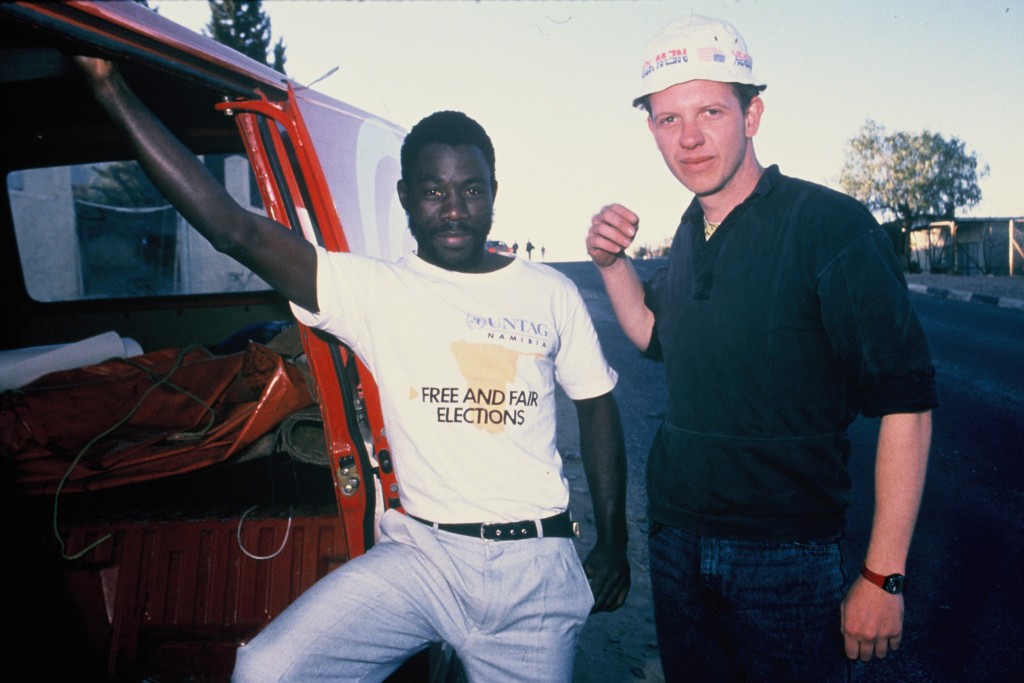