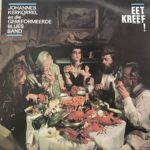 It Was Thirty Years Ago in March 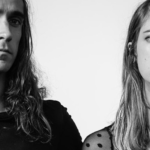 Medicine boy resuscitate the Alternative for a new generation I loved Medicine boy’s 2016 album, Kinda like Electricity and rated it as one of the best albums of that year. Last year, the South African group, who are currently based in Berlin released the follow up record, Lower. The 2018 album started out with some very strong songs but midway… Read more → 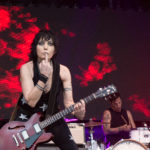 I love Rock and Roll (and Joan Jett)

by dpelser on February 18, 2019 in Uncategorized

It is acknowledged that Joan Jett has been an inspirational figure for female musicians since the 1970s. Not a musician but just a young teenaged, girl growing up in apartheid South Africa, her questioning of gender stereotypes gave me hope for a better future. Read more → 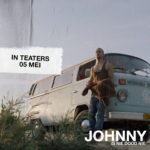 We are very excited about the movie Johnny is nie Dood nie, which hits South African Cinemas on 5th May 2017. Here is a synopsis of the plot, kindly provided to us by the team behind this new movie. It’s 2002. Four friends are having a braai on the Sunday after Johannes Kerkorrel’s suicide. They reminisce about their days as… Read more → 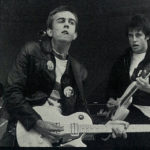 by dpelser on February 6, 2017 in Uncategorized

This is a story, written by Michael Markovitz with photos by Steve Hilton-Barber, about Voëlvry that appeared in the Sunday Star on the 30th July 1989. Thanks to Mark Pautz for sharing this wonderful piece of memorabilia. Read more →

What did an early Ralph Rabie setlist look like?

by dpelser on January 29, 2017 in Uncategorized

Skemervonkel In 1980 Ralph Rabie did one of his first live performances at a Skemervonkel event at the University of Potchefstroom. The setlist for that evening makes interesting reading because it reveals that, at that time, Rabie was still performing mainly cover versions of songs with English lyrics. The set included one original Rabie composition, which was also in English.… Read more →

by dpelser on January 21, 2017 in Uncategorized

A video that was made for the song, “Die Ander Kant”, which appeared on Johannes Kerkorrel’s last album, later took on much more significance in the wake of Rabie’s suicide. In an interview, the poet, Johann de Lange, who was a close friend of Kerkorrel, described how alarmed he had been by the imagery of the video. Rabie appears in… Read more →

by dpelser on January 7, 2017 in Uncategorized

These are the liner notes from the Johannes Kerkorrel compilation album, “Pêrels voor die Swyne”, which was released after his death. The liner notes give a very complete overview of Johannes Kerkorrel’s life and are reproduced in full and unedited by me. It’s a big read, but very worthwhile because you will learn a lot about the life and times… Read more →

Do The Lurch – The Cherry Faced Lurchers

by dpelser on October 23, 2016 in Uncategorized

After the Gathering After the bands Corporal Punishment and Illegal Gathering broke up, James Phillips went on to form the Cherry Faced Lurchers. Phillips had decided to leave Rhodes University to complete his degree at the University of the Witwatersrand. In Johannesburg, he reconnected with Lee Edwards who he had met while living in Grahamstown. In the interim, Mike de… Read more →