The show ‘Piekniek by Dingaan’ which had been developed by André le Toit, later known as Koos Kombuis, caused a furore when it was staged in 1987.

Kombuis had initially presented his ideas for the show, hand written on a few pieces of paper, to the head of CAPAB (Cape Performing Arts Board) theatre, Johan Esterhuizen. Esterhuizen had not been overly enthusiastic about Piekniek. However, after much deliberation, CAPAB decided that the piece would be developed as a workshop production and that the premiere would take place at the Grahamstown Festival.

Gerrit Schoonhoven was enlisted to direct the show. Kombuis faced a tough decision; on the one hand he had the choice of being involved with the prestigious CAPAB production of his play. With the monetary backing of the performing arts council he knew that the actors and musicians would have access to the best and most modern equipment. On the other hand, he was being urged to go on a countrywide tour with Die Gereformeerde Blues Band and other like-minded musicians.

Kombuis realized that Shifty records would struggle to finance a tour and that all the bookings for the tour would have to be taken care of by the musicians themselves. In the end Kombuis decided on a compromise, he would convince CAPAB to offer the leading role in Dingaan to Johannes Kerkorrel and he would get the members of Die Gereformeerde Blues Band to provide the musical backing for the play.

CAPAB traditionally used only its own actors to perform in its productions and the use of an outsider such as Kerkorrel was unheard of. Kombuis also had to persuade Kerkorrel, who was enjoying the success that had thus far been achieved with his rock band, to take part.

Eventually Kerkorrel agreed to participate on condition that the music in Piekniek would be altered to be a full-scale rock opera and that Uys be included to help market the production. Kerkorrel, who was media savvy as a result of his time as a journalist insisted that the show should be advertised not only in the usual media, but in the alternative press as well, thereby ensuring its street credibility.

Initially the title for the show was to be Kinders van Verwoerd (Verwoerd’s children) but the name was changed as it was seen to be too politically sensitive and instead, Kinders van Verwoerd was used as a subtitle. The cabaret critically scrutinized important events in South African history and provided an alternative, unconventional interpretation. In addition the show reflected the artists’ wishes for a new Afrikaner identity without the shame of apartheid.

Kombuis fell ill during the work-shopping of the play and as a result his participation in the development of the show declined. Much in-fighting characterized the rehearsal process. Kerkorrel’s magnetism and talent outshone that of the other performers and it was alleged that other members of the cast were jealous of him.

Piekniek at Dingaan was first performed at the Grahamstown festival. Rhodes University (in Grahamstown) was an English-speaking campus. The cabaret was very well received with many of the English-speaking audience astounded by the audacious and ground breaking spectacle of seeing a group of Afrikaners very un-stereotypically satirizing the Nationalist Government. The show played to packed houses.

One critic wrote “Sell your grandmother, do anything, but make sure you get a ticket for this piece”.

“Piekniek by Dingaan” went on to win the prestigious Pick of the Fringe Award. Three of the four performances of Piekniek received standing ovations. Because of the way in which the show satirized the South African government, it received a lot of attention from the foreign media.

Kerkorrel said however that he was not excited about the attention from overseas; he was more interested in the promotion of South African music. He said that he wrote and sang because he was angry and that he wanted to free Afrikaans music from its negative image. Kerkorrel believed that the issues that plagued South Africa had to be illuminated in Afrikaans.

By this time, however Kerkorrel and his fellow artists were drawing the attention of the bureaucrats who controlled the boards that ran the provincial arts councils.

Initially the show was to have a run at the prestigious Nico Malan Theatre but the management of CAPAB insisted that certain material be cut from the cabaret. This led Gerrit Schoonhoven and then Kerkorrel to withdraw from the project. Johan Esterhuizen was sacked for daring to go ahead with a press conference against the wishes of the Director of CAPAB, Gé Korsten.

As a result the run of Piekniek at Dingaan at the Nico Malan Theatre in Cape Town, was cancelled. Dingaan eventually went on to have a short run at the Baxter Theatre in September 1988, after a planned tour was also cancelled.

The government censor imposed an age restriction preventing those between the ages of two and eighteen from attending any performances of the show. The theatre was packed for the opening night. The audience consisted of young people and a mixture of english and afrikaans speakers.

There were concerns that the show would be banned and not be permitted to run beyond its opening night. Four members of the audience walked out, but the rest stayed until the end, with one of the musicians describing how remarkably quiet the audience had been throughout the entire show.

Much of the information for this blog was gleaned from two books. Koos Kombuis’s “Die tyd van die Kombi’s” and Willem Pretorius’s biography, “Kerkorrel”.
Other references are available on request. 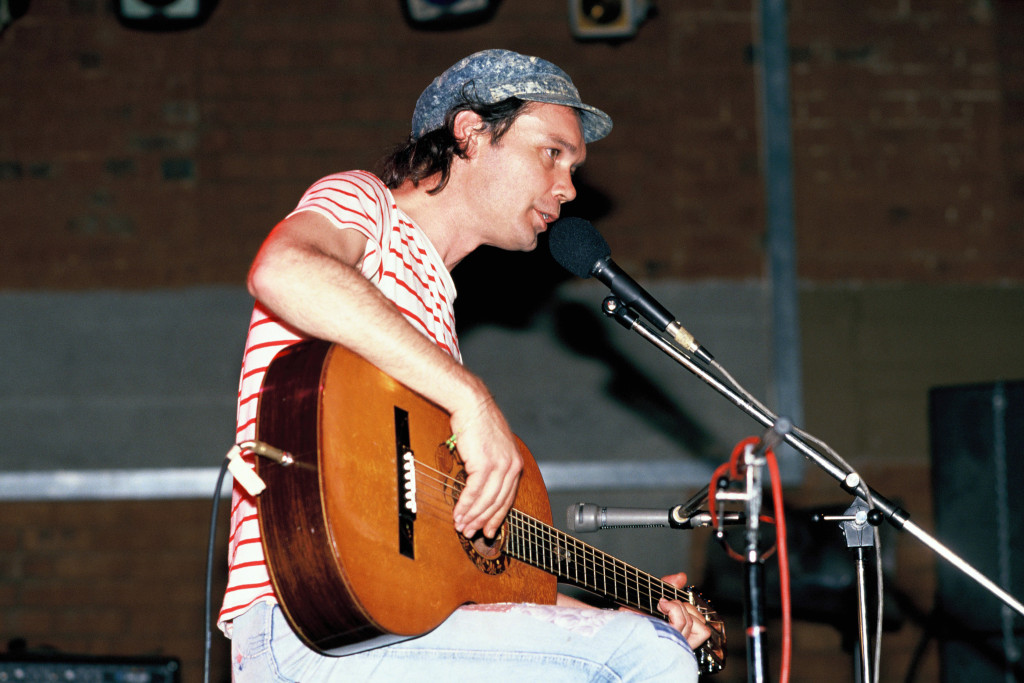