Do The Lurch – The Cherry Faced Lurchers

by dpelser on October 23, 2016 in Uncategorized

After the bands Corporal Punishment and Illegal Gathering broke up, James Phillips went on to form the Cherry Faced Lurchers.

Phillips had decided to leave Rhodes University to complete his degree at the University of the Witwatersrand. In Johannesburg, he reconnected with Lee Edwards who he had met while living in Grahamstown.

In the interim, Mike de la Hunt and André “Van” van Niekerk and Edwards had formed a group called The Worst Blues Band in the World. They begged Phillips to join the band and eventually he did.

When van Niekerk left to join the Softies, the remaining members changed the name of their band to the Cherry Faced Lurchers (de Waal, 2002).

The new name was inspired by de la Hunt’s antics and appearance when he was drunk. Too much alcohol would make his cheeks flush a deep red and produce a distinctive stagger, this combination inspired James Phillips to come up with the band’s name (Leeman, 2015). 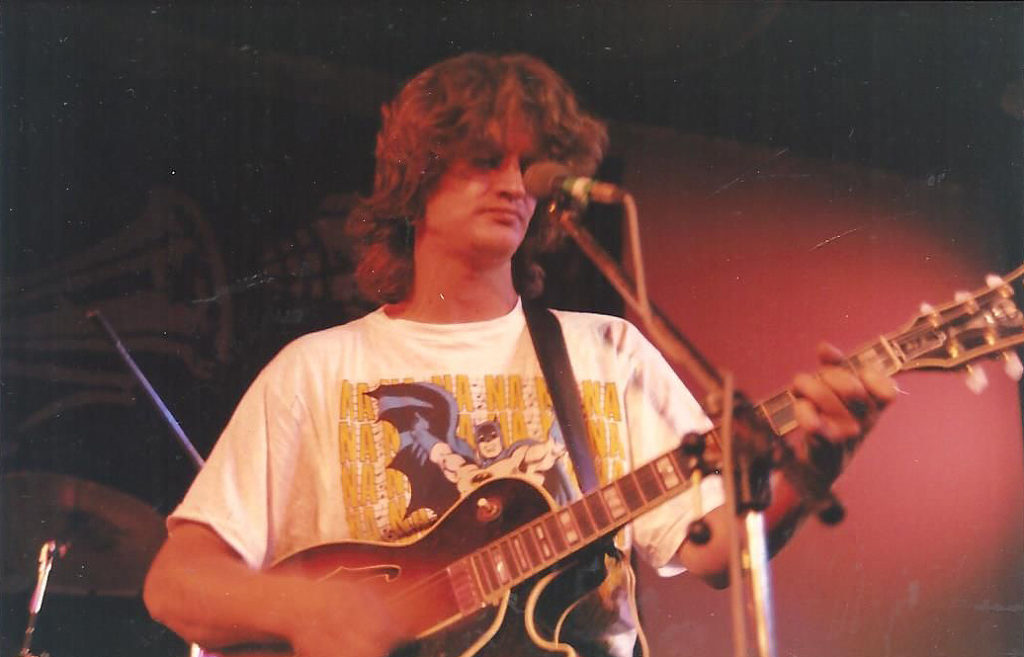 The Cherry Faced Lurchers played the 1983 Free Peoples Concert when Hotline, who were meant to be the headline act, did not show up. Sometime after this concert de la Hunt was asked to leave the band and his place on drums was taken by Richard Frost.

The Bastard Child Of Sophiatown

The band got to work writing new songs and also managed to lock in regular gigs at Jameson’s.
Read about Jameson’s here.

Jameson’s was an anomaly in apartheid South Africa. Because the boer President, Paul Kruger had granted Jameson’s a liquor licence at the turn of the twentieth century, it was permitted to serve alcohol to all races, whilst in the rest of the country strict separation of the races was in place.

“It was like the bastard child of Sophiatown. It was the new South Africa in twisted embryo.”

Thanks to their performances, the Cherry Faced Lurchers attained legendary status during their residency at Jameson’s. In 1985, one of their concerts was recorded buy it here. 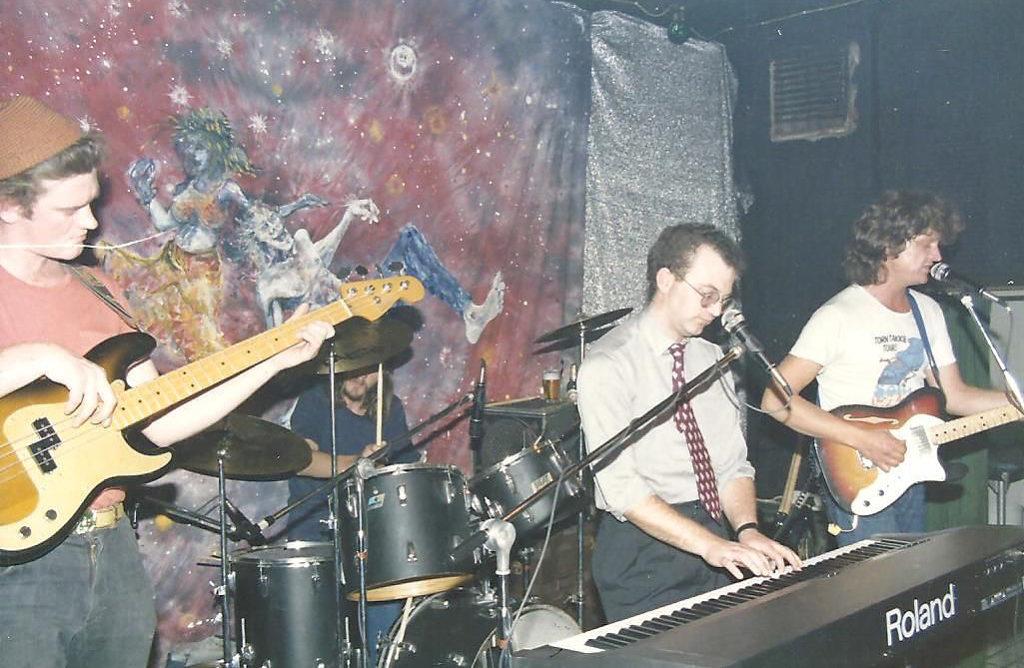 In 1986, Mark Bennett joined the Lurchers as a keyboard player. Bennett and Phillips had matriculated from Springs Boys High School in 1975. The two had been friends from the age of 16 and were in the school choir together, where they took part in productions of Gilbert & Sullivan. Phillips played in the orchestra when the school performed the musical, Oklahoma. Bennett’s parents and Phillips’s mother had been members of the Springs Operatic Society.

Before Joining the Lurchers, Mark Bennett was a member of the Softies who had a hit with their song, Mission to Cairo watch it here.

Look out for a very young Jannie “Hanepoot” van Tonder, who would later play in the Gereformeerde Blues Band, on trombone in the video! 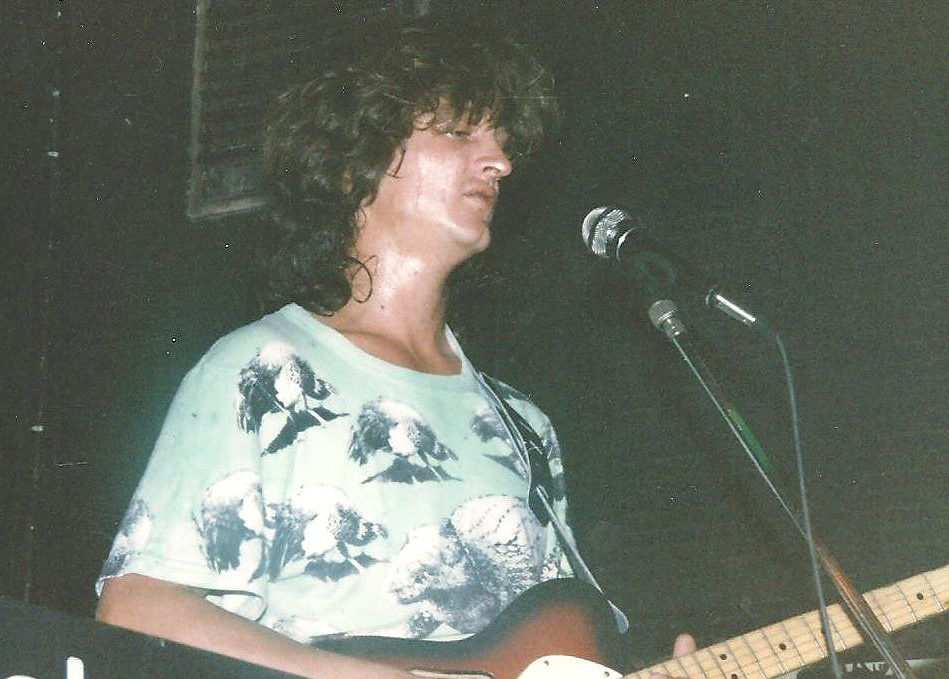 The Lurchers became famous for their fiercely South African songs such as Toasted Take Aways, Van and R45 perm. One journalist said of them:

“…the Lurchers are unmistakably South African in the same way that Madness are English, the Go-Betweens are Australians or Little Feat are American.”

The Lurchers’s version of Phillips’s Shot Down is acknowledged to be a South African rock classic. The song was inspired after Phillips saw a photo of a policeman standing over a black man who had been shot dead in a street. The song displays Phillips’s song writing skills at their peak, Shaun de Waal described Shot Down as follows:

“A song that for many is the very essence of the Eighties, of the Emergency Years, of the last and most terrible writhings of the apartheid state. It is a song that speaks directly to the hearts and minds of a youth taking a cold hard look at who they are as white South Africans. We knew exactly what James meant when he said he saw his life gathered in the palm of his hand and saw it was all due to the sweat of some other man – that one who got shot down in the street.”

In 2014, the Sunday Times compiled a list of the 100 greatest South African songs. Shot Down came in at number 28.

Listen to Shot Down. 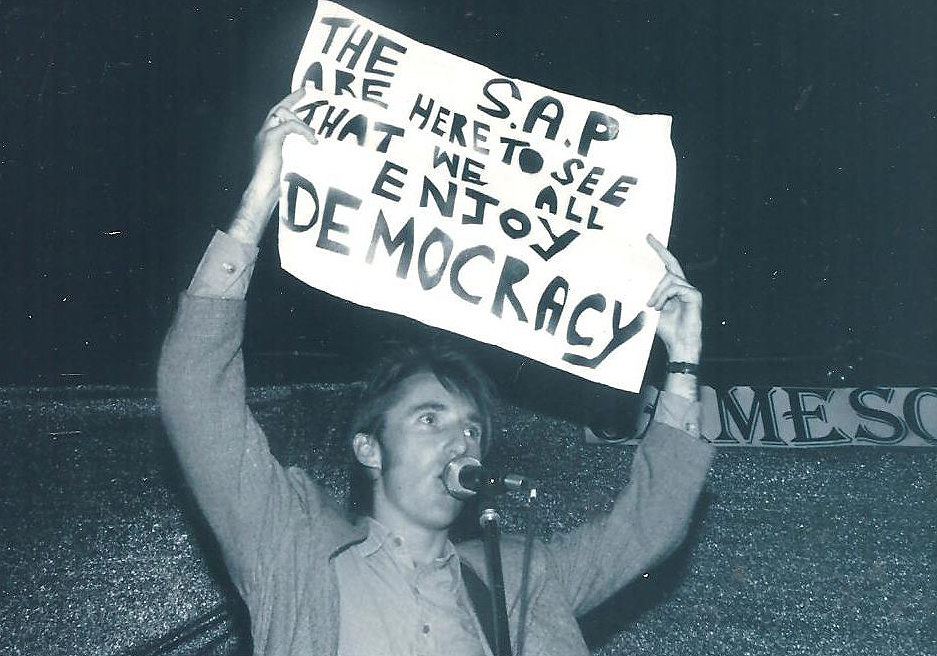 Warrick Sony of the Kalahari Surfers holds up a sign at gig at Jameson’s on 10th September 1988. Photo Credit Donald Ferguson.

After the Voëlvry tour in 1989, during which Phillips performed as his alter ego, Bernoldus Niemand, the Cherry Faced Lurchers underwent some personnel changes and eventually became known simply as The Lurchers. The band released the album Sunny Skies in 1994. At that stage, Phillips and Edwards were the only remaining members of the original band. On the album they were joined by Lloyd Martin, Paul Hanmer and Willem Möller.

Professor of Music at UKZN, Christopher Ballantine had this to say about Sunny Skies:

“every song [is] in its own right a small masterpiece, this is one of the finest, most beautifully crafted albums in the history of South African popular music.”

Journalist for the Star, Glynis O’Hara called the album,

Story taken from various sources as per credits-contact me if you want specific details.
Photos by Donald Ferguson.
Kudos to the photographers who documented this period of South African history.

3 comments for “Do The Lurch – The Cherry Faced Lurchers”